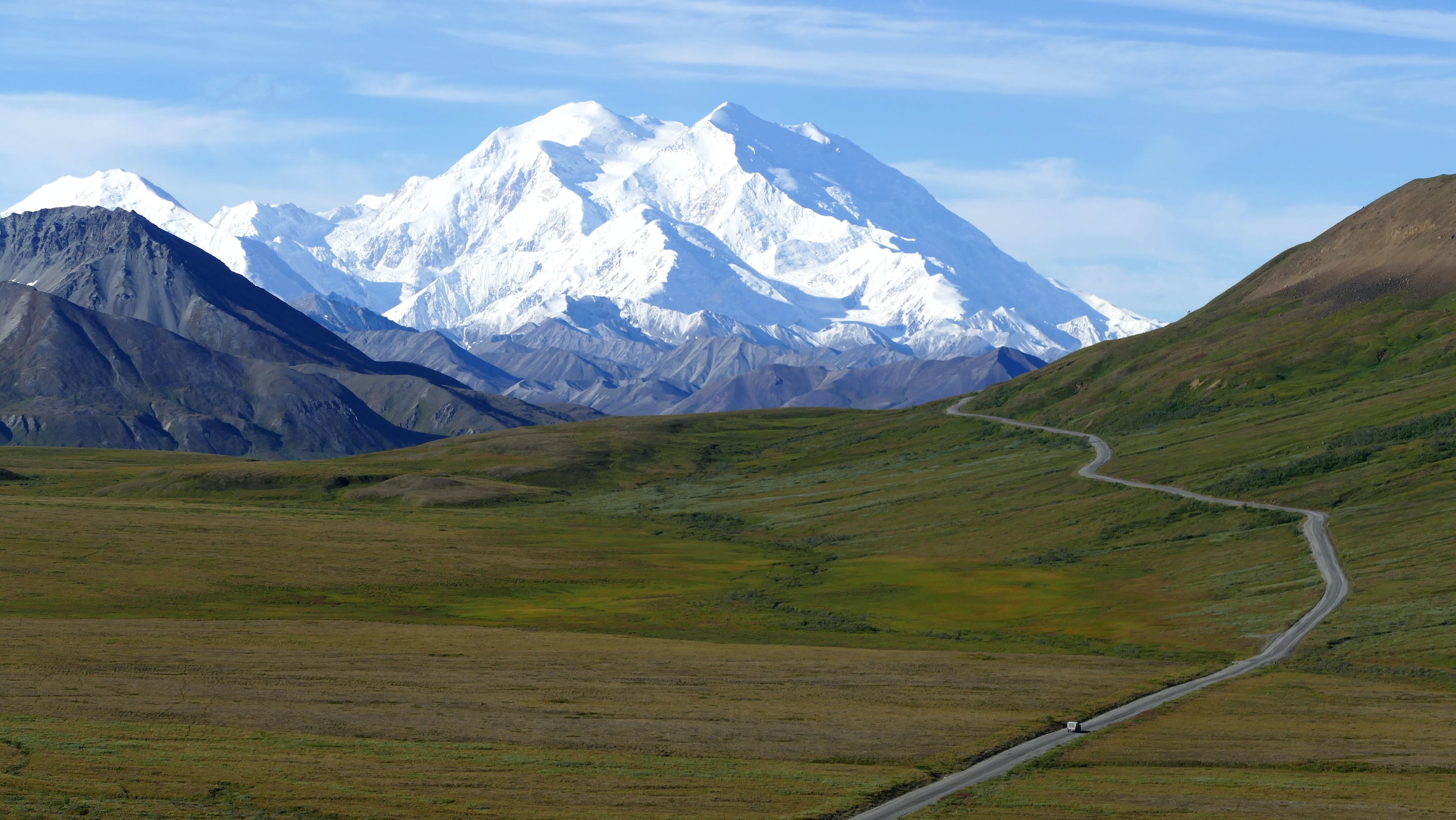 
But what do you know about these seven mountains that make up the Seven Summits? In a series of articles called "Seven Summits", I want to explore these beautiful, enigmatic, and sometimes dangerous mountains. Next up - 10 facts about the highest mountain in North America - Denali!

Denali is the highest mountain peak in North America (including Canada). With a summit of 20,310 feet (6,190 metres) above sea level, Denali is very much the Dwayne Johnson of American mountains! This rock is a true American legend!

The Native American Koyukon people who inhabit the area near the mountain have referred to the peak as "Denali" since time immemorial. In the late 19th century however, a gold prospector named it "Mount McKinley" by way of support for the then presidential candidate William McKinley. Mount Mckinley was the mountain's official name from 1917 until 2015, when the US Government announced the change of the official name to Denali. Interestingly, until Alaska was sold to the USA in 1867, Denali was known by Russian Settlers by its Russian name - Bolshaya Gora (Big Mountain).

The first verifiable ascent to the summit of Denali took place in the summer of 1913. This achievement was carried out by a team of 4 men - Walter Harper, Hudson Stuck, Harry Karstens and Robert Tatum.

Denali National Park (home of Denali the mountain!) is the habitat for a whole host of beautiful birds and animals. In Denali National Park one might encounter Caribou, Moose, Wolves, wolverines, foxes, marmots (soooooooo cute!) and grizzly bears (not so cute!)!

On the slopes of Denali are five large glaciers. On the North East slope is Muldrow Glacier, with the Traleika Glacier to its east on the east side of the massif. To the south and south west respectively are the Ruth Glacier and the Kahiltna Glacier. At 44 miles (71 km), the Kahiltna Glacier is the longest glacier in the Alaska Range.

the first woman to climb Denali was Barbara Washburn, who reached the summit in 1947.

In 1967, seven members of a team led by Joe Wilcox died on Denali after being stranded for ten days near the summit in extreme weather. This sad event is considered one of the worst disasters in American mountaineering history.

In 1990 Anatoli Boukreev completed the fastest solo ascent of Denali on record (10 hours and 30 mins from the base to the summit!).

Denali is famous for extremely cold weather. The lowest temperature ever recorded on Denali is −100 °F (−73 °C)!

The top half of the mountain of Denali is permanently covered with snow.

For adventurers, Denali is one of the most alluring and enigmatic locations in the world. Along with the other Seven Summits it offers a challenge that many climbers find hard to resist. With our Seven Summits posters we hope to inspire people to be adventurous and rise to their own challenges. Check Denali in out our Seven Summits Wall Art Collection and let us know what you think!

Collect Mountains
Back to Stories